The new DALI ballast for standard and adjustable white Head. Designed to meet the energy efficiency and lighting control in buildings.

Well-being and productivity. Tunable White control mixes hot and cold white light and light intensity so that you can mimic outdoor lighting conditions. • Energy and cost savings. Damping and constant lighting control optimizes and saves on energy consumption.
• Single. The DALI devices are working uncomplicated and right out of the box.
• Flexible. The DALI devices can rekonfigureres.
• Scalable. DALI-devices work in both small and large systems, with subnetworks in large buildings.
• Strength. DALI-devices works best with other DALIenheder, but can also be adapted to other equipment.
• Recognized standard. DALI is a widely used and recognised standard and is therefore compatible with a wide range of balaste.

SBBADT8CCT is a DALI-driver for standard and Tunable white LED. It controls the color via a single DALI address, which is either a DALI master or manually by means of the push button. It can be controlled by an arbitrary DT8 DALI-master: If it be connected with the UWP 3.0 platform, the DALI master SB2DALIT8230 used. 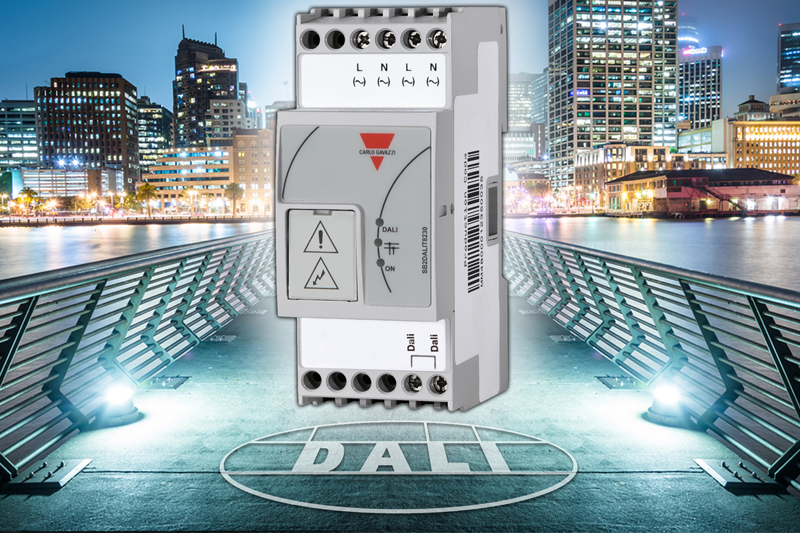 TUNABLE WHITE (in Danish called Dagsrytme light) control of LED luminaires is expected to be one of the biggest trends in commercial lighting, and all serious manufacturers of light control is working in the direction of to be able to provide this type of solutions,

But why low, TUNABLE WHITE control - the Color of the light has a fundamental effect on the human body and psyche, regardless of whether it is in a classroom, office environment, or in a hospital, then contribute the right amount of light and color as to how we as people have it and thus perform.

Carlo Gavazzi solve the task with the day's rhythm control with the new SB2DALIT8 that handles the DALI 2 type 8 LED in smaller and larger installations . In the software it is now possible to make TUNABLE WHITE simulation algorithms for better well-being, manually setting the color of the light, as well as energy saving features.

The work to develop a digital standard for lighting industry began in 1996. In the autumn of 1999 was the standard clear and got the name DALI - Digital adressable Light Interface.
The greatest revolution was that the drivers were adressérbare. Each fixture had its own address. DALI also has a two-way communication with the luminaire, where provided on the pipes or the electronics function as they should. The DALI protocol has been extended several times since its inception, and each and every new device that is added to the, has scored a new number (Device Type X = DTX). The last important updates are Emergency lights (DT1), LED (DT6) and adjustable color/adjustable color temperature (DT8).

Today is DALI the most widely-used digital protocol for lighting. The DALI protocol is described in the standard IEC 62386. DALI is a low hastighedskommunikationsbus, which can be used for standard installation cable as the media. It has a decentralized intelligence, where the following information is stored in each device.

a. A unique address. Max 64 addresses in a system.

c. What levels they have on each scene (Up to 16 scenes).
in. For DT8 devices can also color temperature or RGB-code is described in the scene.

If the system is not being addressed, it will operate in "Broadcast" mode. This means that all the units do the same, based on the received scene, light level, color temperature or color signal.

DALI is limited to 64 addresses, and is therefore a very simple system to program. The most commonly used method is:

1. Adressér the devices. (The system gives each unit a random address between 0 and 63).

2. Identify which entity belongs to which address. (The identification should be done at the plant)

3. Group the devices. (Advantage of the devices in logical groups. Keep in mind that a device can belong to multiple groups)


For more information on the integration of systems, see chapter “Compatibility”. 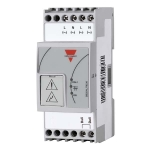